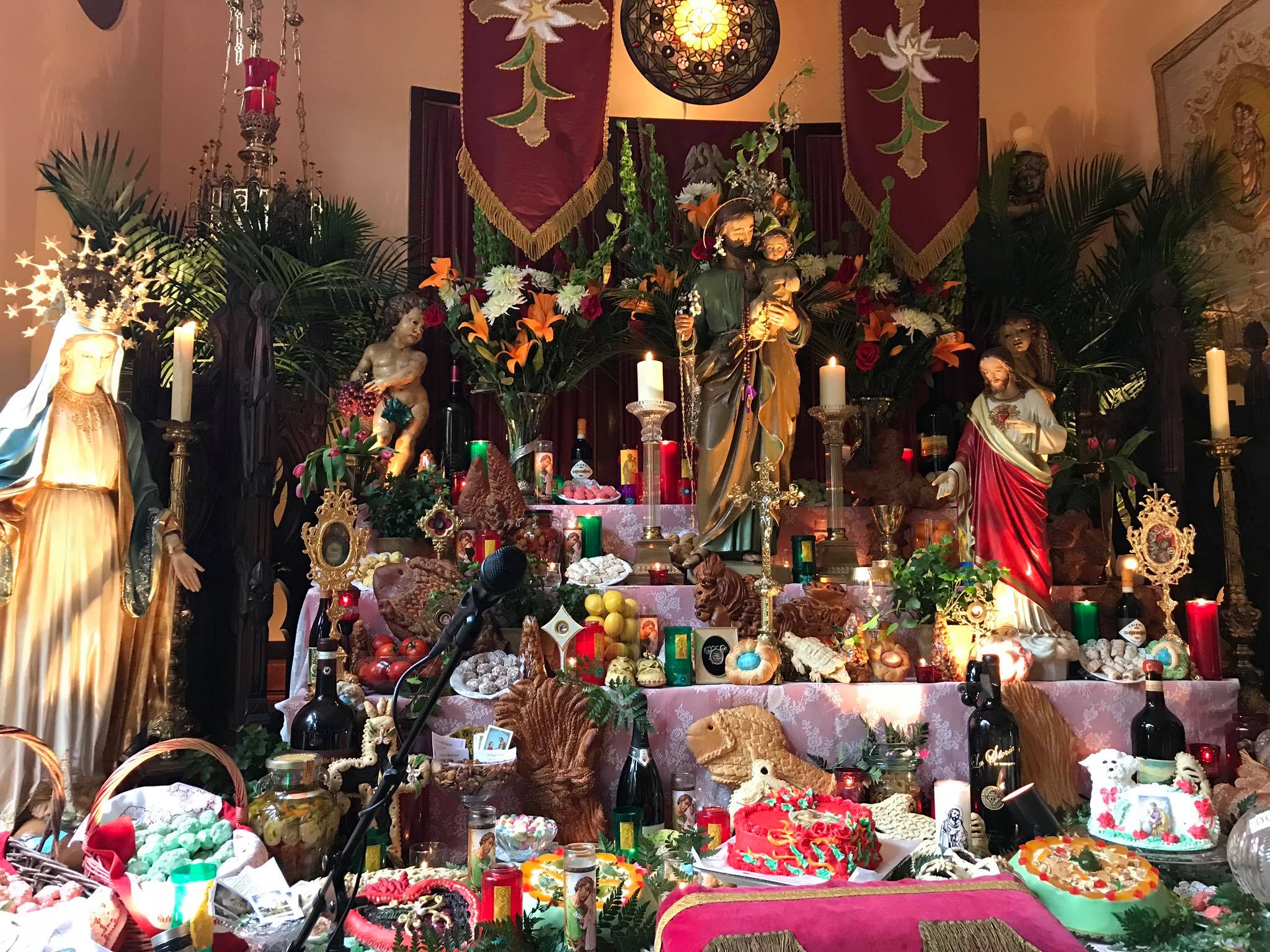 Irene’s is currently taking reservations on March 18th and 19th to visit our annual St. Joseph’s Day altar. The altar is open to the public and will be blessed daily featuring a seminarian chant. Make a reservation today thru OpenTable.

Sicily is the largest and most populous and because of it’s location, Sicily has often been used as a “stepping stone” to and from the European continent.
In the ninth century, agriculture and commerce flourished by cultivating mountainous land. Grapes, olives, wheat, wines and citrus are the main crops and chief exports.

For too long there had been no rain to nourish the crops that sustained life for the island. The dried out crops cracked beneath the feet of the poor farmers as they walked through their barren fields. Only a sea of dust and withered vines remained from what had once been row upon row of brightly colored fruits, vegetables and wheat.

And so the people prayed to their patron, St. Joseph, for relief from the terrible famine that gripped the island. At last the skies opened, sending down the life giving water and the people rejoiced. For their gratitude, they prepared tables of an assortment of foods they harvested. After paying honor to St. Joseph, they distributed the food to the less fortunate.

Whether a St. Joseph Altar is displayed at an elegant church or a humble table, it is a reflection of deep devotion to St. Joseph, the patron saint of those in need, the workers, the poor, the aged, and the dying.

After many centuries, the St. Joseph Altar still serves as a reminder that those who have enjoyed some measure of good fortune must share it with those who have less.

We recommend parking at the neighboring hotels, in the One Canal Place Lot or Premium Parking Lot - P402 at the intersection of Bienville and N. Peters.